This story takes place in a fictional town, in a fictional country, in a fictional world. One morning, a young lady awakens to find that she has lost all her memories prior to that morning. Her life, her relationships, her very name—all gone. All that's left is a cell phone with numbers and names she doesn't recognize and Orion, a young boy that only she appears to be able to see. With Orion's guidance, she struggles to make sense of herself, a boyfriend she doesn't know and the thousand and one little things that make up a daily life. But with no memories left, the only alternative is to forge new ones, even if that means leaving old loves behind. 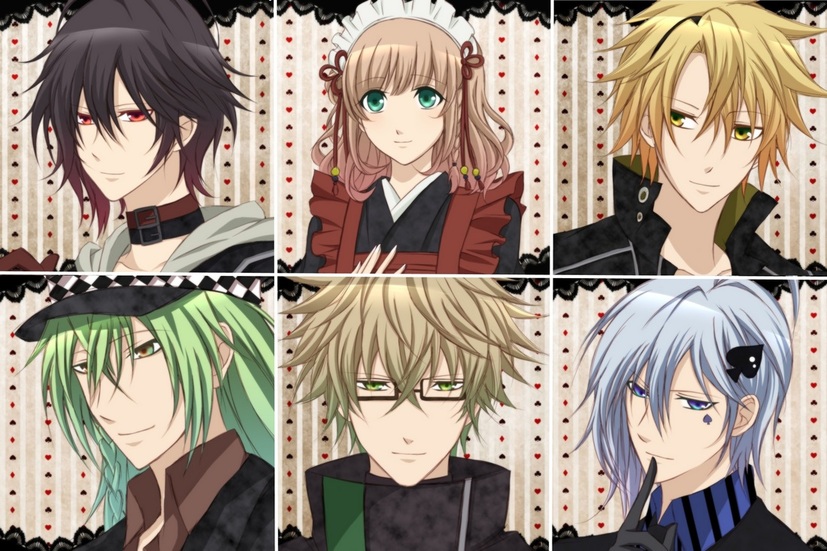 I'll admit that at the beginning, I was slightly interested in the plot- particularly by the end of the episode, in which the main character's memory loss cannot be mentioned to anyone else, and if not 'retrieved' quickly, will result in a sort of "death". Meanwhile, as the episodes continue progressing, the main character is trying to solve the mystery behind her 'deaths' and consequent travel between parallel worlds, which may or may not be linked to her amnesia. 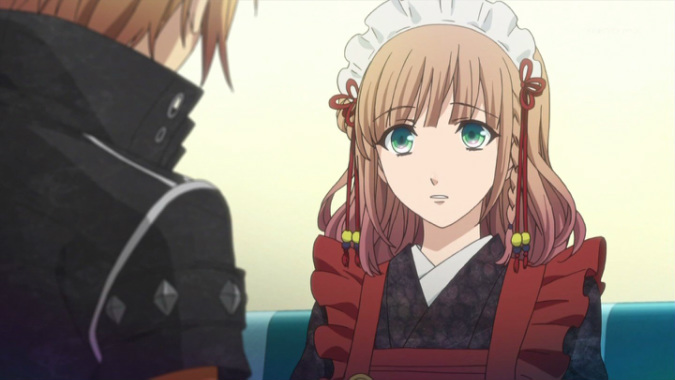 A confused Heroine...
The flaw within this entire anime is how a (clearly) very complicated plot-line can go out the door without a solid explanation to the viewers watching the anime. Because this anime is based off a dating sim game, it is therefore understandable that each of the different parallel worlds has the main character (named "Heroine") dating a different guy. It makes logical sense to include a romantic aspect, as it helps the Heroine regain her lost memories at a faster pace.

However, what originally seems like a 'quest' of sorts for the Heroine to quickly regain her memories is sharply re-adjusted to focus on her sudden death in one world and movement to another. The sudden inclusion of a new arc or potential plot-line alongside the already complex plot led to me feeling even more confused than ever.

Come round the final episode, and although the mystery behind the Heroine's memory loss and "deaths" are finally explained, the rushed manner in which it was done left me feeling somewhat unsatisfied- in a sense that I wanted to see more episodes, but couldn't.

In breaking everything down, I guess what really destroyed the story was the degree of focus on the romantic, dating aspect itself. Most of the episode was spent predominantly on the relationship the Heroine shared with the current guy, and so as a result, it left little time for the anime to further explain its story, and also little time for the viewer (me) to digest what was actually going on. Sure, the romance was good and great (I loved the scenes, to be honest) but I find that it really decreases the enjoyment of viewing these scenes when you're still so confused about what's actually going on. 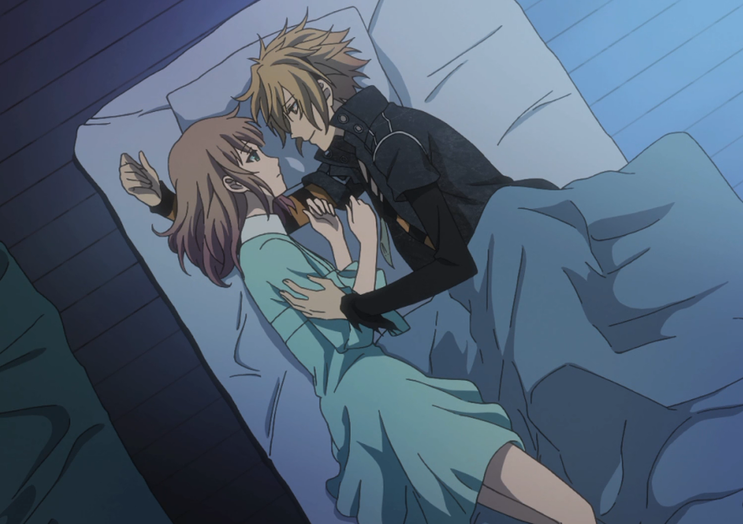 Ooh..getting some 'quality' time there I see... (>////<)
However, despite the aforementioned flaws with the storyline, it is indeed a very interesting plot to watch reveal and untangle itself. Once a solid understanding of the plot was established, I found the anime to be extremely enjoyable and unique. In addition, I also began to appreciate the producers and directors for thinking up such a complicated plot.

So my advice? When watching this anime, if you're starting without looking up 'prior knowledge' (ahem, spoilers), I highly recommend that you fully understand what's going on with the anime before watching further. It will just simply increase the enjoyment, and may prevent you from dropping it at the beginning like me.

In terms of the Heroine herself, I found her lack of expressions somewhat unnerving at times. Although I can understand when you're extremely confused, you lack the ability to display emotions, and remain in a fixed, shocked state. But, as relevant as that may be to the Heroine (considering her complete lack of understanding about everything), the blankness of her expression at times made me wonder whether the animators simply couldn't be bothered to animate her face. In contradicting myself, this is not to actually say that she has no emotions at all- her expressions are just  very subtly expressed...which in itself can make the anime seem more realistic. 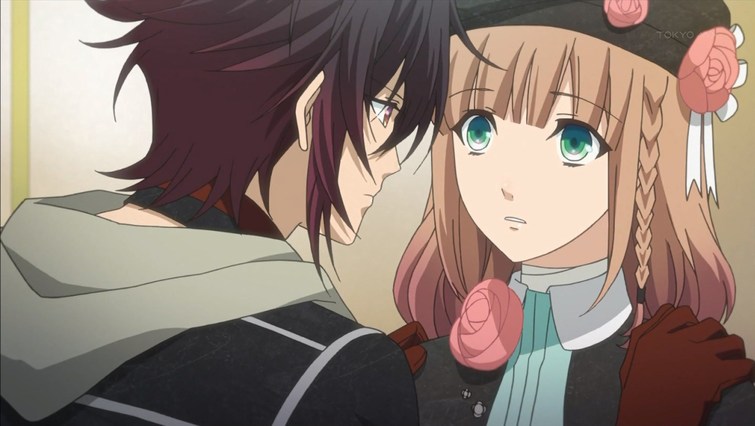 Regardless of the other sections, the art was definitely one of Amnesia's strong points. Personally, I really liked the irises that they used for each character (however unnatural they looked), though at times I also found myself questioning the guys' strange attires. 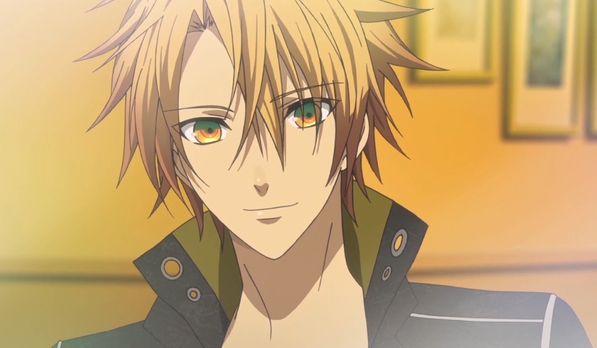 Look at those eyes...though personally, I prefer Shin's and Ikki's.. 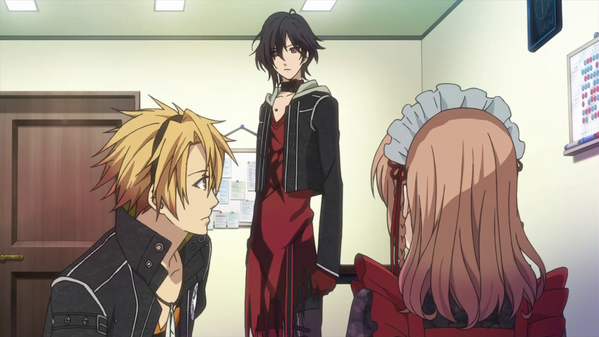 Ummm yeah..why the red 'roughly cut' top? (trust me, it gets even more mind blowing when you see his shoes..)
What was pleasant to see was that for once, the Heroine and a number of other characters could actually be seen wearing different clothes. 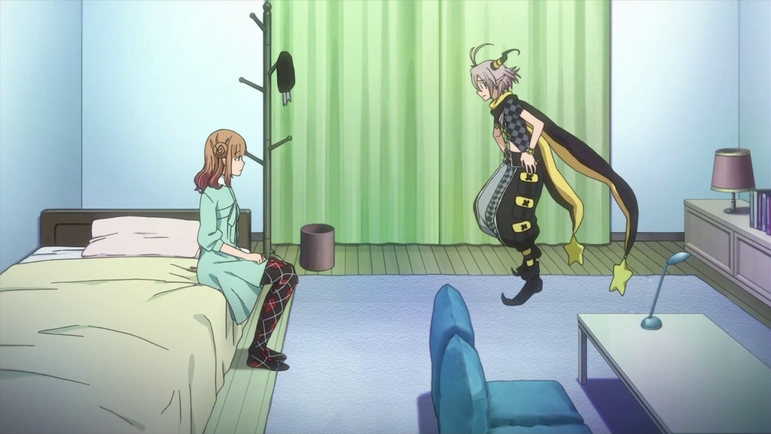 Well, this is pretty much the same as the third picture below, but hey, at least she removed her jacket and hat... 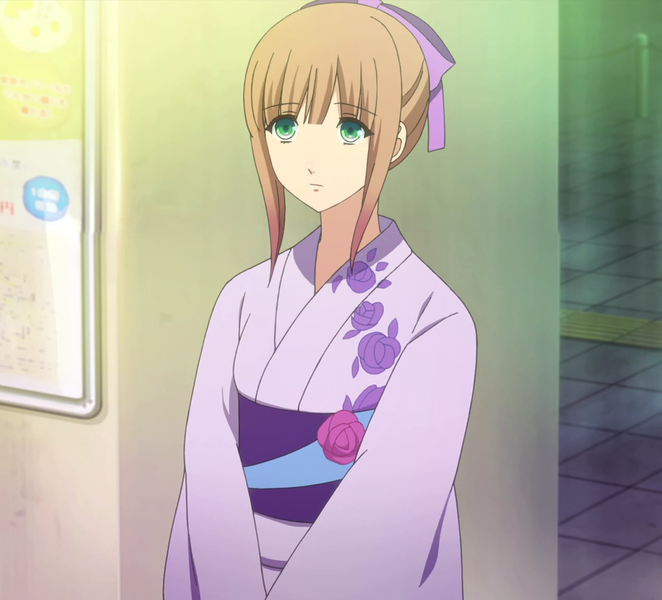 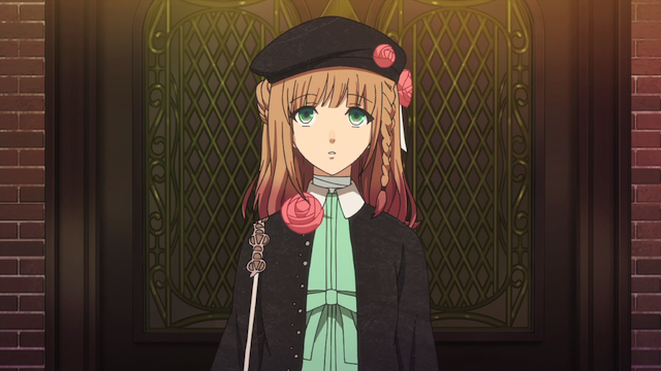 See? Different clothes yay~
Sorry, but it just gets annoying when you're watching an anime and realise that the characters, particularly the main character, seems to have an extremely limited closet with only one set of clothes, with it surprisingly being their school uniform... (._.")

Now for a number of people, this is not going to be a huge determining factor as to whether one will watch an anime or not. However, seeing as it is the 'backbone' of any anime, I've decided I'll put this section in anyways.

Personally, I found that the animation was pretty good. Nothing seemed clunky or clumsily produced. Transitions from one scene to the next flowed smoothly, and I particularly enjoyed the effect they used consistently before and after the introduction of the episode title.

The animation for the Opening and Ending Songs were spectacular- in fact, the Opening (see below) became one of my favourite Openings of the season. Hehe, can you guess what my favourite scene was in here?

Usually when originally produced, there are no problems that arise from the choice of voice actors/actresses being unsuitable or inappropriate for their character. It is only when other producers want to take this and dub it in (usually) English that people start running to shrines and making blood sacrifices. Okay I was joking, people don't actually do that, but it is still a worry for many when other companies want to try dubbing any anime.

In Amnesia, I found no problems with the casting- all was well.

The music used helped enhance the setting and further establish a solid tone as the anime progressed through various events and so forth. However, apart from one or two extremely good tracks, the soundtrack in itself was not very memorable.

Although I can say that I personally enjoyed watching the anime, the interest only peaked to a super high during the final two episodes, when everything was explained and 'revealed'. If it weren't for the fact that I also liked most of the guys which the Heroine dated in different worlds, I might have dropped it earlier on like last time. However, that point may be debatable, because even then, the anime had already eluded to the even greater mystery behind Heroine's amnesia, and had me probably 'thinking of the possibilities'. This in itself would have definitely added to the interest factor and kept me on the edge of my couch (haha literally) from start to the end.

Oh and just another point- this probably should go into the story section, but in case you were ever wondering whether or not we'll find out what the Heroine's name is... it doesn't happen, so best rid yourself of those hopes before watching haha xD