Komori Yui is a positive-thinking girl who nevertheless is troubled by seeing spirits and experiencing poltergeist phenomena. In her second year in high school, she transfers to a new school—a night school for entertainers and celebrities—due to her father's work. There are rumours that vampires exist among the student body, and Yui ends up living with the six sadistic Sakamaki vampire brothers.

First and foremost, before anyone starts going "oh dear, it's one of those vampire-type animes again", let's just clarify an important point here:

Thankfully, it seems as though the Japanese producers have never watched, read, or even heard of the infamous Twilight series, so all their Japanese animes have yet to turn into the mushy mess that Twilight was. The only one anime that came close to Twilight-style was Vampire Knight- but even then, there were still mystery/other elements besides the clichéd and heavily exaggerated/gag-worthy romance that featured in Twilight. (no offence to any Twilight fans)

Now, in reading over the Plot Summary, I've realised how unfitting it is to the story. Within the anime, there aren't any  "vampires amongst the student body" rumours. The anime already explicitly states that the Sakamaki brothers are vampires (Episode 1) before Yui even starts going to school (Episode 2). In addition, the entire series is focused around Yui's interactions with the Sakamaki brothers, as well as the true meaning behind Yui's sudden move to live with them. Not the school. I repeat: not the school. There's not even a mention of the school being a "school for entertainers and celebrities", because it is simply unnecessary for the plot.

At first, the story itself doesn't appear to be anything appealing: in fact, it kinda felt like I was watching something completely plotless for the first few episodes. However, I was glad I didn't decide to drop this anime, as the story is actually more compelling and complex than it originally seems. I guess you could say, looking back at those "plotless" episodes, that it wasn't necessarily "plotless" as such, but rather unclear "foreshadowing".

What I did however find to be somewhat disappointing was the length of the episodes. There are a total of 12 episodes, however each episode lasts for only 15mins. This is half of what a normal episode should take (so actually, the entire series could be described as 6 episodes long). Whilst I really enjoyed the story and characters as the series progressed, I sometimes thought that the story and overall series would've been better with 30min long episodes instead. That being said, the producers did do a pretty good job in terms of pacing the story/plot with the time provided- there weren't that many gaping plot holes. And in comparison to a few other series I've watched, it wasn't extremely rushed or sudden. 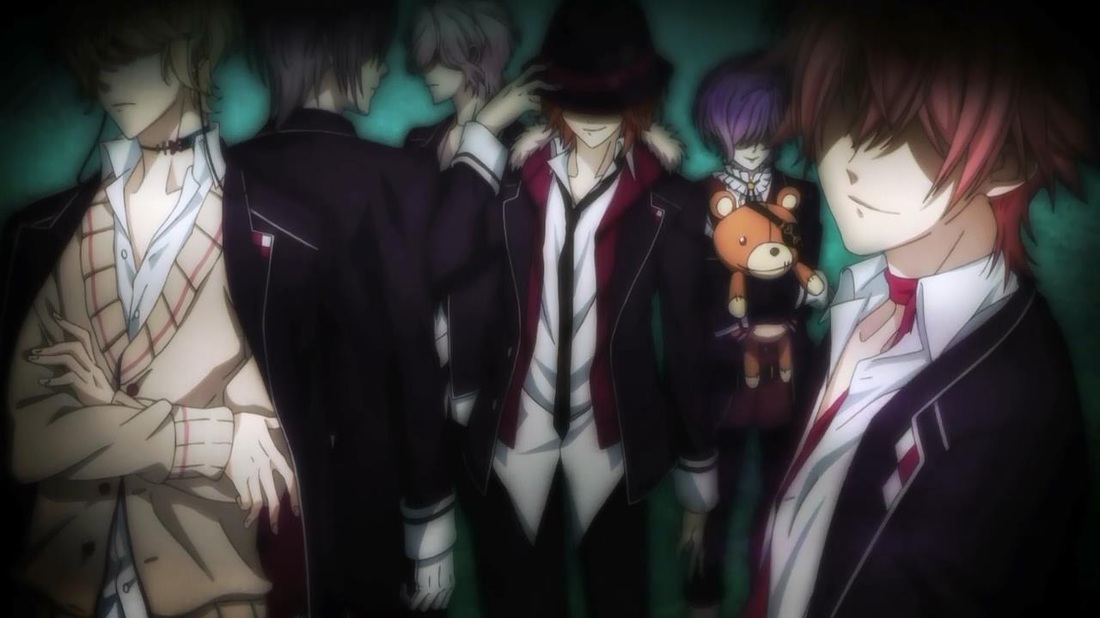 As far as my experience is concerned, I've found out that most male vampires in animes are depicted as the "Knight in Shining Armour" / "Prince". Essentially, it means that although they could act on their vampiric instincts and treat humans as a mere food source, they instead decide to consciously work against these urges. In most cases, they are extremely caring of the human protagonist's welfare and other humans, even going so far as to protect them from other not-so-lovely vampires. Not to mention, they also fall for the human protagonist as well.

However, if that's what you thought of when you decide to pick up this show, prepare for the unexpected. The Sakamaki brothers are, in all aspects of the word, "vampires". From the first to almost last few episodes, they only care about Yui as a source of food- and a very "delicious" food source at that. Although this may disgust quite a few, I thought that this was a refreshing change. After all, by adopting this type of persona, it allows the producers to animate quite a number of scenes worthy enough to send a number of fangirls squealing and into the land of nosebleeds from seeing too much. By this, I mean scenes such as neck-biting/blood-sucking. But really, what would you expect? This is an anime that is an adaptation of a dating sim that features not just vampires, but sadistic ones at that. 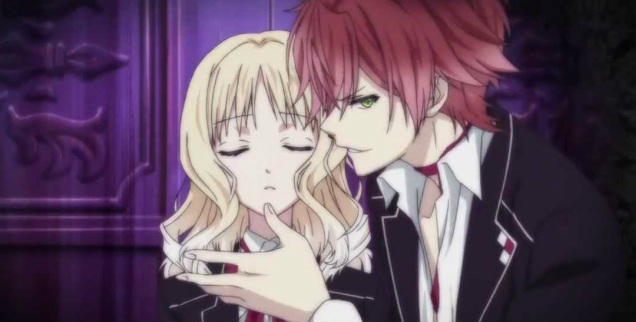 For this series, I didn't find character screen time to be a major issue. Although I do think that characters such as Shuu and Reiji deserved more screen time, it wasn't as if they were completely excluded or given no screen time at all. At least each Sakamaki brother got at least one episode for themselves...

In terms of originality, I think that they were fairly different from the type of vampire you'd expect in an anime, but somewhat stereotypical in terms of their sadistic behaviour. The enjoyable part (at least for me) was that even though they were all slightly stereotypical, at least each and every Sakamaki brother was different from one another, and has distinctive characteristics (besides their appearances).

On another note, I have also been very pleased to see that the fans' complaints of the characters 'closet crisis' seems to have finally hit the Japanese producers. 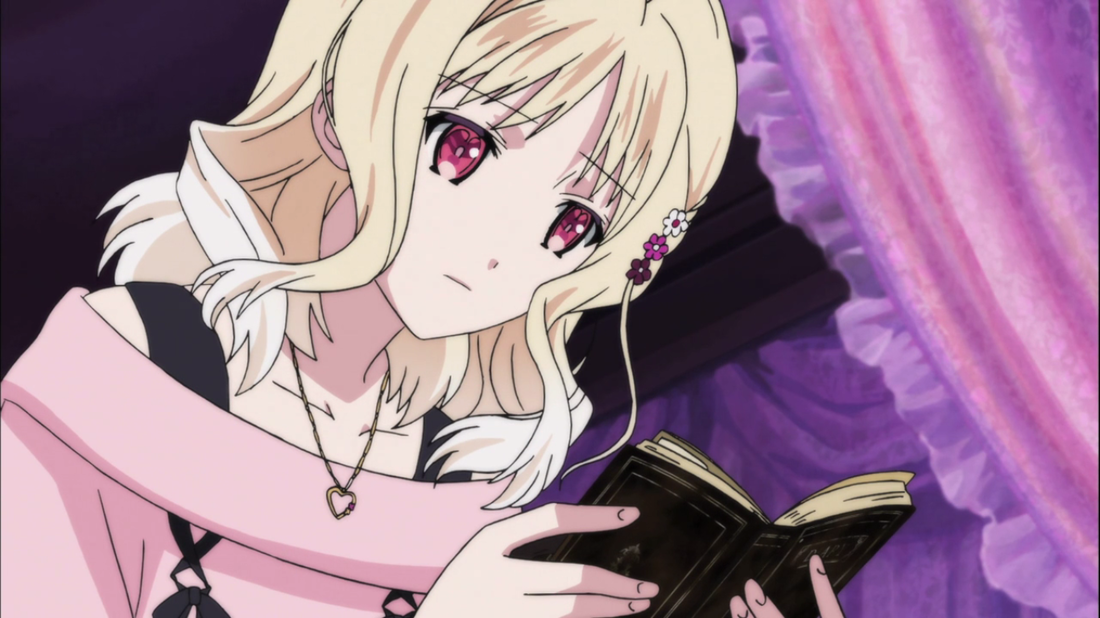 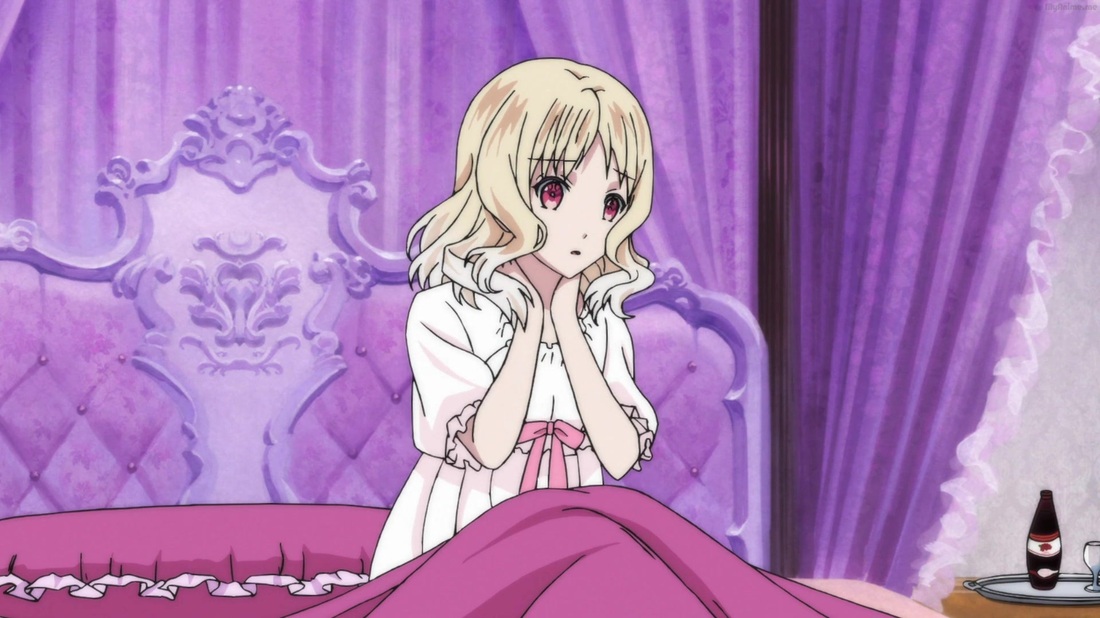 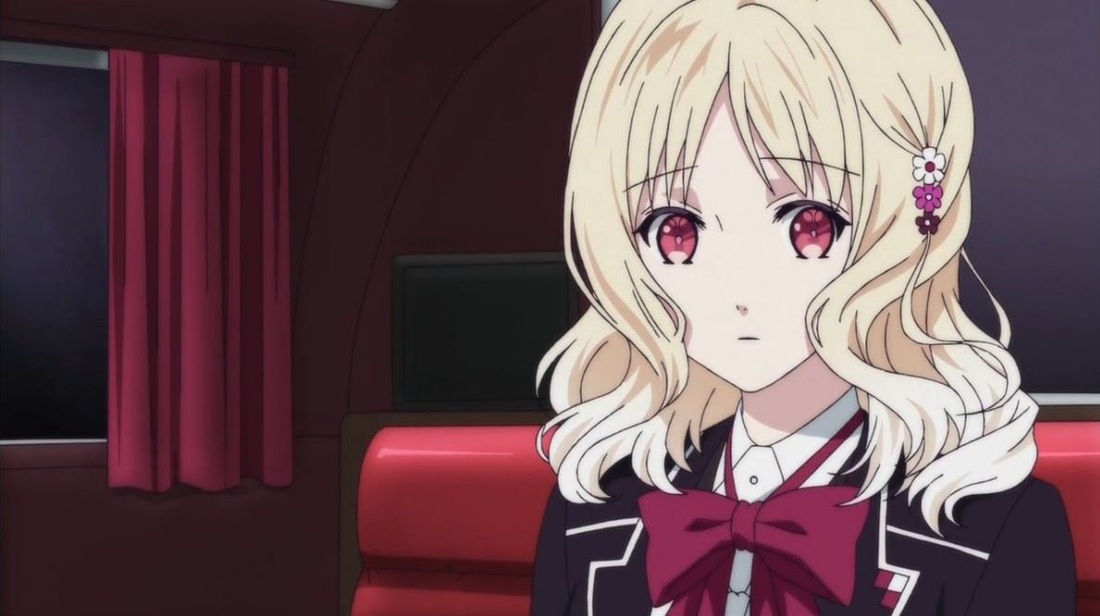 What was even more pleasing was the idea that other characters besides the protagonist Yui developed their closets too! 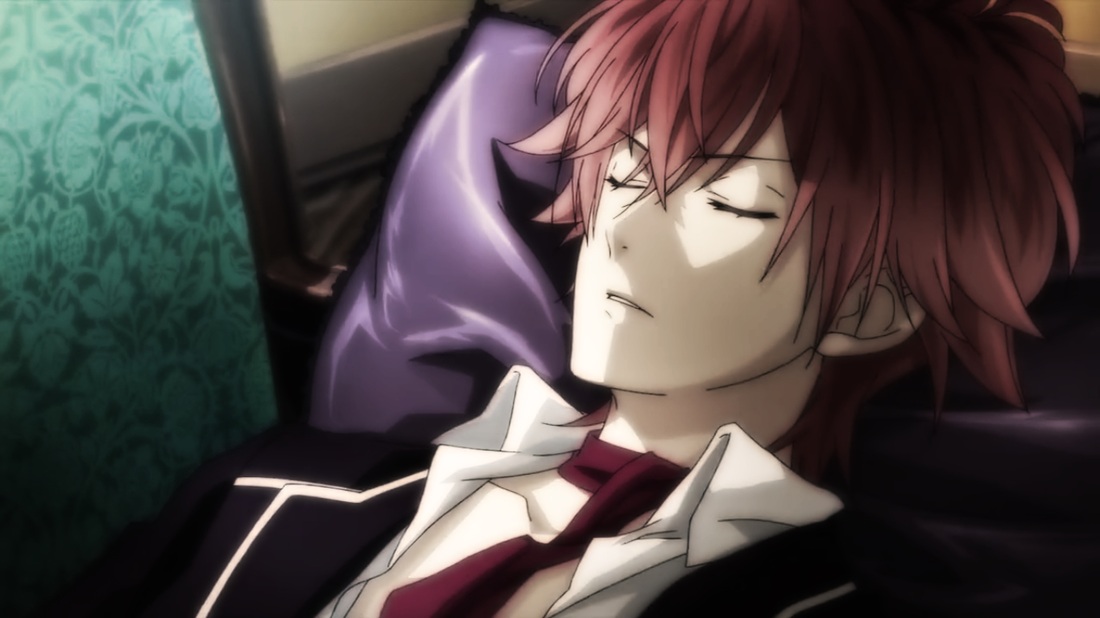 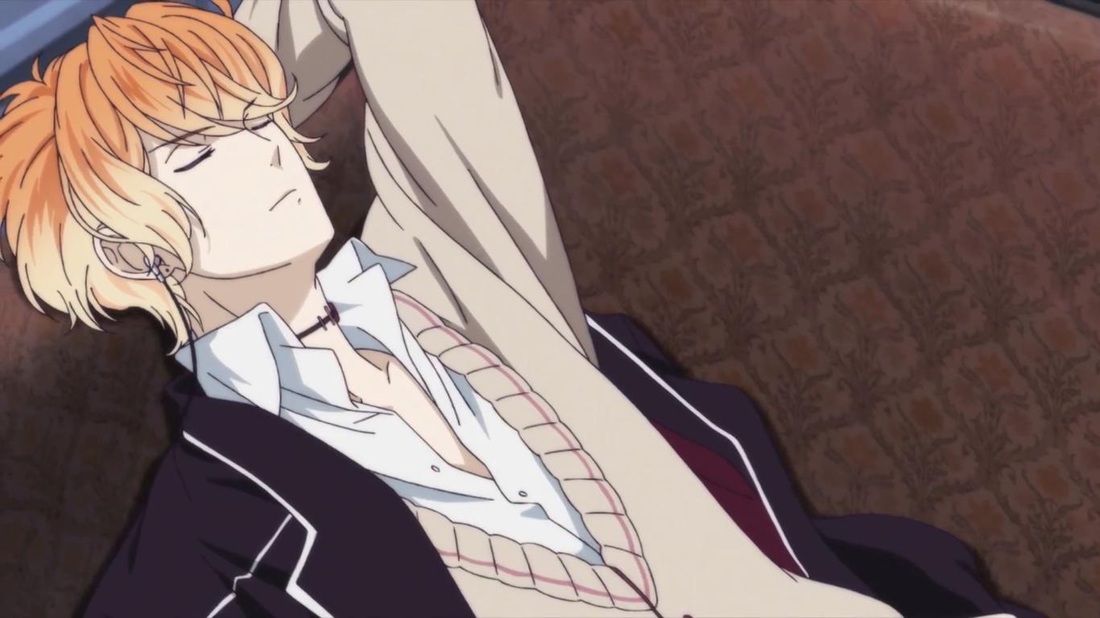 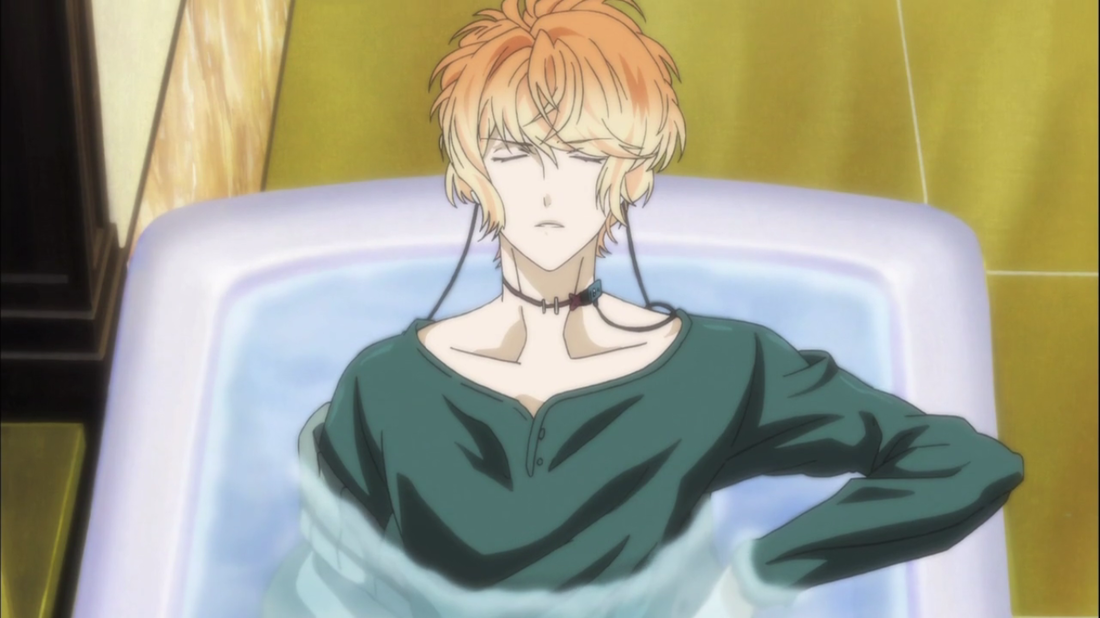 I know what you're thinking, but for now, let's not question why Shuu's in the bath fully clothed 'kay?
Okay, so the Sakamaki brothers only seem to have one other outfit besides their uniform that lasts them the entire series, but hey, at least it's an improvement from before.

Personally, I thought that the art was nice. In particular, I liked how they did the Sakamaki brother's hair. The children version of the Sakamaki's were too adorable!!! 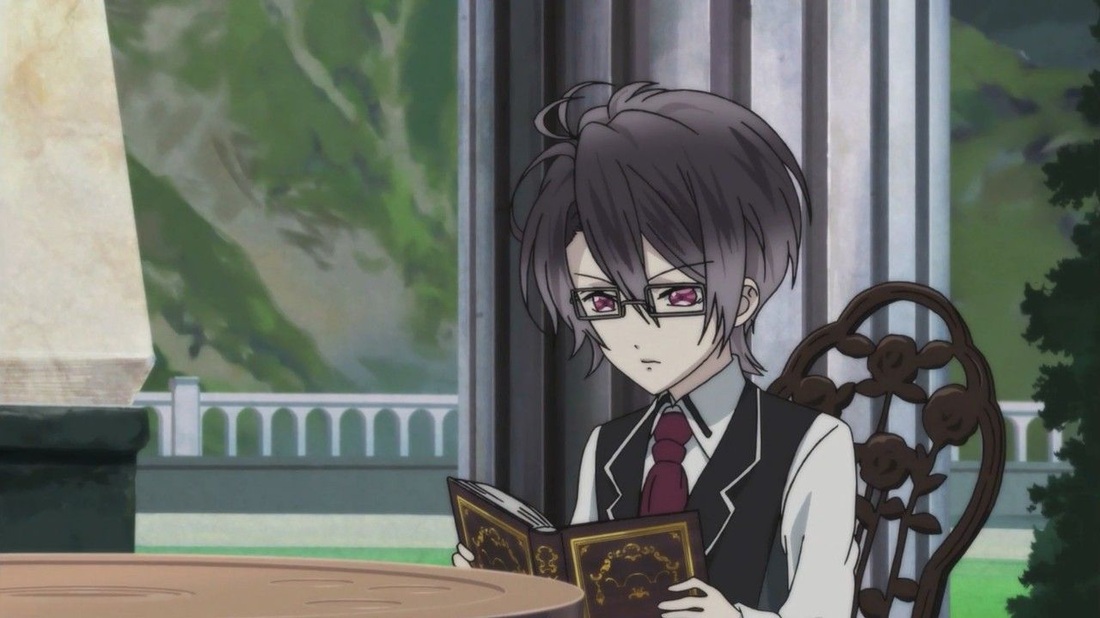 Reiji, as studious as ever. 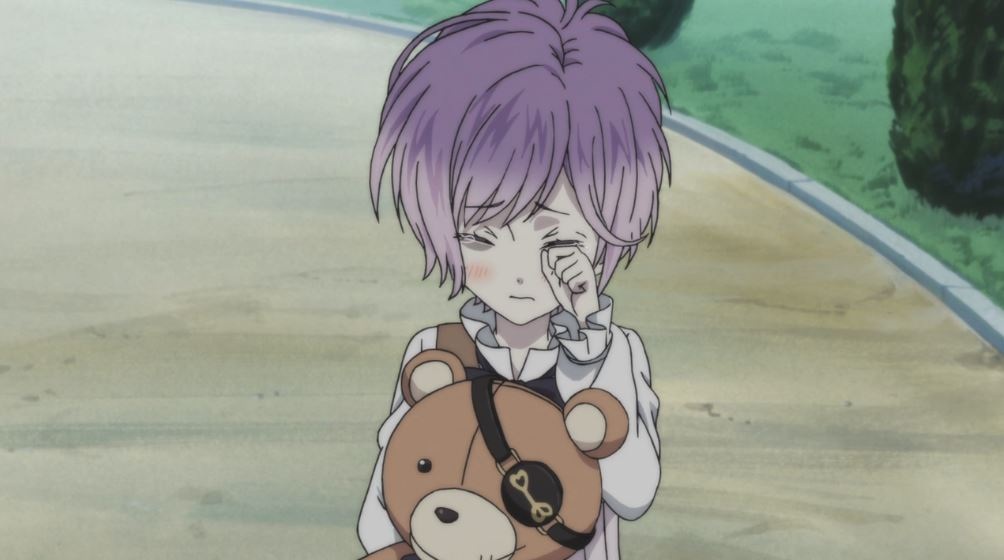 Awww.... back in the day when Kanato didn't make creepy faces haha 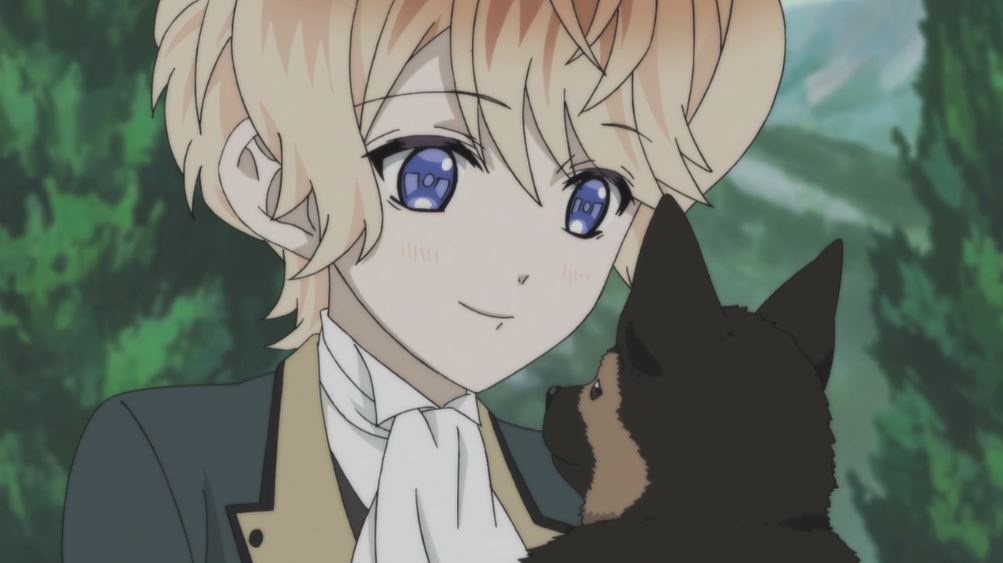 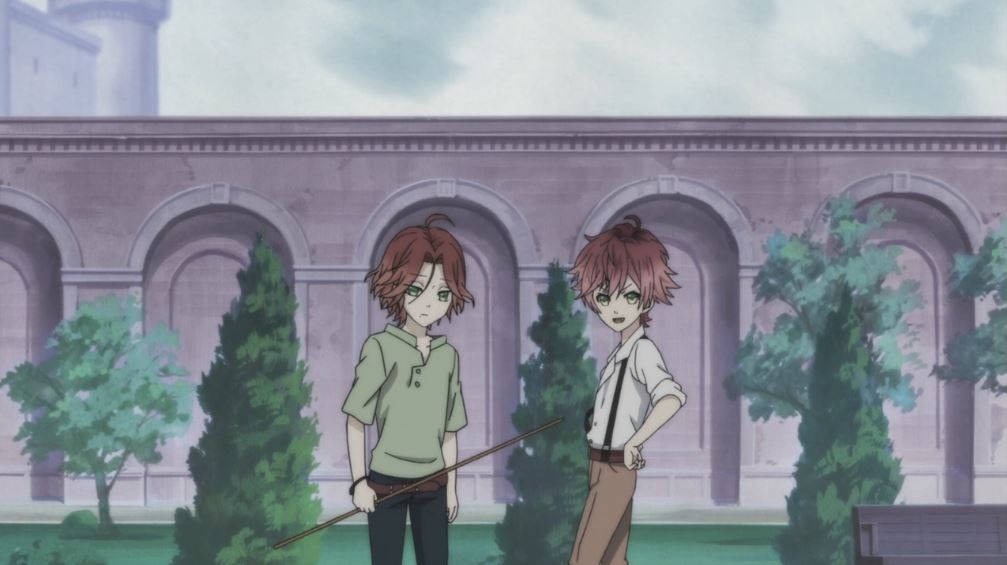 As with all the anime series that I choose to watch and write reviews for, I have no issues with the animation. I liked the OP for this, however found the ED to be extremely lacking and poorly done. Well, at least I didn't have to worry about feeling bad for skipping the ED!

I really liked the voice actors that were chosen for all the characters- they suited their characters well. At least Yui doesn't sound like an extremely whiny, high-pitched brat- which on a rare occasion I had the misfortune of hearing in another anime. I especially loved Ayato's voice, but that's probably due to the fact that I already loved his voice actor's voice before this anime.

Music was good- although I wouldn't say that the soundtrack was amazing, there were at least a few tracks that were definitely so memorable that I went to go an *cough* obtain a copy of the OST (original soundtrack) right after I finished watching the series.

Edit: Actually, I'd like to revise my comment on music (now that I've thought a bit more about it)- it was really really good!!! It's a bit different from recently released anime OST's with it's predominantly gothic undertones, but it did a very good job at emphasising and supporting different scenes within the anime.

This anime is essentially one of those "hit-or-miss" types. If you like it, you'll like it. But if you don't like it, you won't be able to sit through it. Even though it did take a few episodes for me to really get into it, I thought that all-in-all it was a really great hit, and this was predominantly due to how different it was to the other vampire animes that I've watched. I'm also a huge sucker for back stories, and this series was filled with the back stories of all the Sakamaki brothers. Not to mention, this series really surprised me with the plot that eventually came through.

Although it's based off a dating simulation, I've got to say that it's quite different to what I would usually expect: the males do not go swooning after the female protagonist within moments of meeting her, and the mystery and supernatural elements play just as large a role (if not larger) in terms of creating the plot along with the romance (which usually dominates dating sims).

I would be lying if I said that the ending to the anime was completely satisfactory: in fact it wasn't as well concluded as I'd like it to be- but they got the main point across. To an extent.
Final Verdict: 8/10
Note that this score would've been much lower if not for the character designs (that attracted my inner fangirl) as well as the very unexpected, but well received plot. 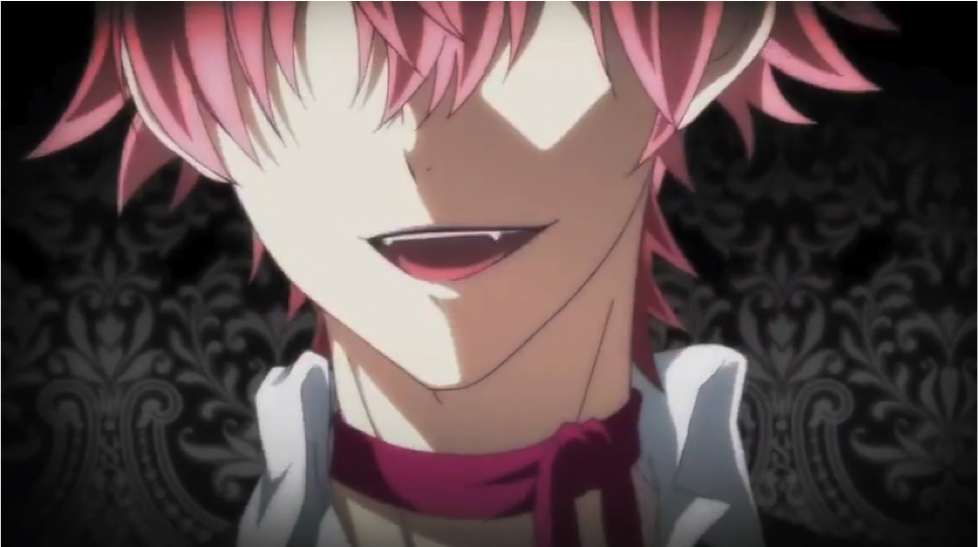